The History of Sanrio

Ever since I was little, I remember seeing Hello Kitty on all sorts of things, from sunglasses to clocks and everything in between. It wasn’t until I was older that I realized how far reaching the company that created Hello Kitty, Sanrio, was. Many of us have probably seen characters connected to Sanrio that we didn’t even know belonged to them! Here’s an overview of the history of Sanrio and some of its major characters!

The Rise of Kawaii Culture

The company that would become Sanrio started in 1960 as the Yamanashi Silk Center Company in Tokyo. They mostly traded in silks, but they also created products such as rubber sandals. Shintaro Tsuji, the founder, quickly realized that “kawaii” items sold better and quicker than his normal products and in 1962, Tsuji released a pair of rubber sandals with strawberries printed on them, the very beginning of Sanrio’s reign over all things cute. These sandals were advertised as being good gifts, which went on to be a big theme within the company as Sanrio’s motto is “Small Gift, Big Smile”. 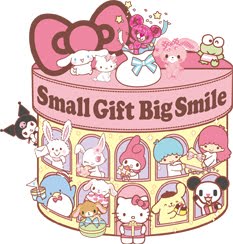 Tsuji moved quickly to capitalize on Japan’s desire for cute items, and hired several cartoonists to develop characters for his company. One of these artists was Yuko Shimizu, the creator of Hello Kitty. 1971 saw the first opening of a gift shop for the company. In 1973, the Yamanashi Silk Center Company officially changed its name to the Sanrio Company and in 1974, Sanrio’s first characters, Hello Kitty, Patty and Jimmy were created. The first character merchandise, a coin purse featuring Hello Kitty, was released in 1975. 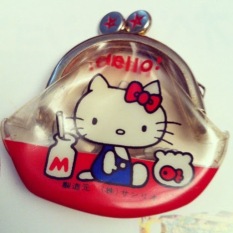 From here, the company took off, releasing a feature film in late 1975 and creating the Little Twin Stars and My Melody as well, characters who remain hugely popular even today. From there until present, Sanrio has branched across the world, setting up headquarters in Europe and North America, creating anime and feature films and opening two different theme parks, Puroland and Harmonyland. Sanrio also owns the rights to the Peanuts in Japan as well as the Mr. Men.

There’s way too many Sanrio characters to cover each one (Over 40!), so I’ll be going over some of the most popular ones!

I have to start with the most obvious! Hello Kitty is the beginning of Sanrio’s characters and easily the most popular and recognizable out of their full lineup. Hello Kitty took 1st place in this years character ranking poll overall and is currently on her third designer, Yuko Shimizu. Her real name is Kitty White and her nationality is British. Throughout the years, many friends and family have been created for her, including her parents, her twin sister, and her boyfriend Dear Daniel. She even has a strawberry themed superhero alter ego! At the time of this article (Nov. 2019) Hello Kitty is having her 45th Anniversary World Tour! 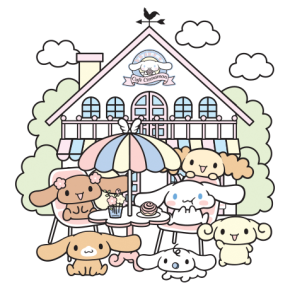 Cinnamoroll is a white puppy with long ears whose tail resembles a cinnamon roll! Created in 2000, Cinnamoroll has starred in his own manga series as well as an animated film and many shorts. He also took 2nd in the overall ranking poll, 1st in Taiwan and China and 3rd in Hong Kong. (More than Hello Kitty, who only placed in the top three in Taiwan besides the overall ranking.)

Rounding out the top three of the overall rankings is Pompompurin in 3rd! A golden retriever who wears a brown beret, Pompompurin has ranked number one in past popularity polls. He debuted in 1996 and has several character themed cafes across Japan where you can get everything from Purin themed curry to Purin themed pudding!

The lazy egg Gudetama first appeared in 2014 and is one of Sanrio’s newer characters. Gudetama resonated among teens and young adults in Japan, even if he is more “kimo-kawaii” (gross/creepy cute) as opposed to the normal cuteness that Sanrio’s characters typically have. Gudetama appears on a wide range of products including cosmetics, has themed restaurants across the world, and has had a themed train ride among many, many other things. Gudetama also has the most twitter followers out of all the Sanrio character accounts. 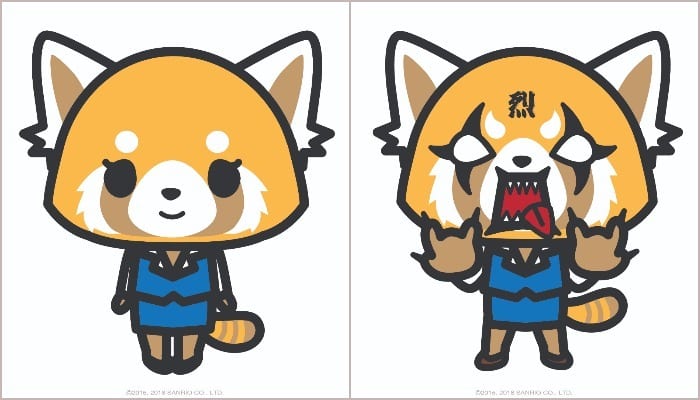 A list for fans of Japan and anime wouldn’t be complete without Aggretsuko. She first debuted in 2016 before getting her own anime on Netflix in 2018 and receiving a second season in 2019, plus a Christmas Special! This death metal singing red panda also breaks from the traditional kawaii mold, at least for her karaoke persona.

Sanrio has played a major part in many people’s lives all across the world. Everyone has a different favorite for different reasons. Don’t worry if yours didn’t make the list, neither did mine! Sanrio is constantly changing and finding ways to keep the spirit of thoughtful gifts (“Small Gift, Big Smile”) alive and I hope you enjoyed reading a bit about this kawaii empire!

One thought on “The History of Sanrio”